Leadership Development is designed to help empower our women to be the change that they want to see. Most of these women did not know they had a voice, nor did they know it was their civic duty. The empowerment builds on the strength that these women have and teaches them that they are the best advocates for themselves and their children. Beyond that, they learn the leadership skills that will allow them to, not only take control of their own lives, but also to become leaders in their businesses, neighborhoods and the larger community.

Get out the Vote

Get Out The Vote TFCF is dedicated to increasing voter participation and civic engagement in the Inland Region by empowering our community to be the change they want to see. Recent reports such as the Women’s Foundation of California’s Women’s Well-Being Index, found that 58.4% of women in San Bernardino County are registered to vote, however less than half of those registered actually participate in voting which shows a crucial need to increase civic and voter participation in the Inland Region.

Lessons in Freedom Education” teaches formerly incarcerated individuals to live a life of freedom after incarceration. We help them to understand their valuable role in helping the community and build their confidence and self-esteem. 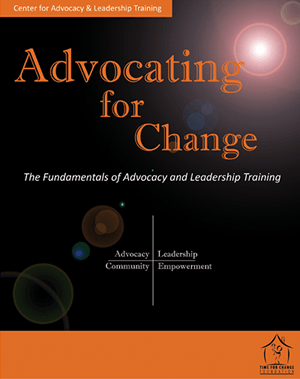 Click here to learn more about our Center
for Advocacy and Leadership Training (C.A.L.T.)

Criminal procedure: discrimination. (2019-2020)
AB-2200 – This bill would prohibit the state from seeking a criminal conviction or sentence on the basis of race, ethnicity, or national origin, as specified. The bill would allow a writ of habeas corpus to be prosecuted on the basis of that prohibition. The bill would require the prosecution to disclose, pursuant to a written request, all evidence relevant to a potential violation of that prohibition. By expanding the duties of local prosecutors, the bill would impose a state-mandated local program. 2019/2020

Corrections: prison credits. (2019-2020)
AB-3160 – This bill would direct the department to use its constitutional authority to award specified credits to inmates who are incarcerated for a violent felony or for a nonviolent second- or third-strike felony and who do not have a specified administrative classification determined by the department at a rate of a one-day reduction in the term of confinement for every day of incarceration. The bill would provide that an inmate receive the credits set forth in the bill unless the inmate is eligible for more credit pursuant to the Penal Code or the California Constitution. (2019-2020)

Proposition 47 Savings
AB 1056 – This bill will help ensure that the Proposition 47 savings are used meaningfully by providing funding for collaborative, community-based proposals to assist formerly incarcerated persons with housing, behavioral healthcare, drug treatment and other services. 10/2/15

Driver License Restoration
SB 405 – This bill restores a driver’s license if it was suspended for nonviolent offenses and if the driver agrees to a court-ordered debt collection program. The legislation will work in conjunction with Brown’s proposed Traffic Amnesty Program. 9/30/15

Proposition 47
Proposition 47 – This proposition was passed in the November 4, 2014 elections. Proposition 47 reclassifies certain felony drug and property offenses to misdemeanors. Inapplicable to persons with prior serious or violent crime convictions and registered sex offenders. Fiscal Impact: State and County criminal justice savings potentially in the high hundreds of millions of dollars annually. State savings to be spent on school truancy and dropout prevention, mental health and substance abuse treatment, and victim services. 11/04/2014

Healthy Baby Act of 2014
AB 1579 – This bill was signed into law. Known as the Healthy Baby Act of 2014, this bill gives pregnant women access to lifesaving CalWORKs cash and healthcare benefits in their second (as opposed to third) trimesters of pregnancy. It will particularly affect women facing domestic violence because abuse often starts or escalates during pregnancy. 09/2014

California expands Medi-cal
A bill was signed into law that allowed California to expand Medi-cal. 10/2013

Employment Applications: Criminal History
AB 218 – “Employment applications: criminal history” was signed into law. Also known as “ban the box”, removes that daunting question “have you ever been convicted of a felony?” from public employers’ applications. 10/2013

Fair and Equal Opportunity Housing
The housing Authority of the County of San Bernardino changed their policies to provide a fair and equal opportunity for housing persons with past felony convictions. 09/2012

Pregnant Women Restraining Bill
AB 2530 – This is a bill to ensure that incarcerated pregnant women are restrained in the least restrictive way possible when being transported to and from a state or local correctional facility (reintroduction of AB 568 and AB 1900). 09/2012

Proposition 36
Proposition 36 – Prop 36 revises the three strikes law to impose life sentence only when the new felony conviction is “serious or violent.” 11/2012

Time for Change Foundation can only exist because of the support from people just like you. With your involvement, we can continue to empower disenfranchised low income individuals and families through evidence-based programs and housing locations creating self-sufficiency and thriving communities. It’s not the time for giving up, but the time for positive change! See how you can get involved today.