I have a big support system, TFCF has been there from the beginning, I wouldn’t have come this far without them! 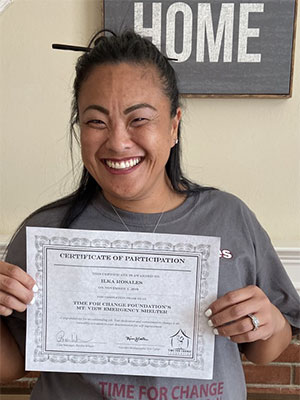 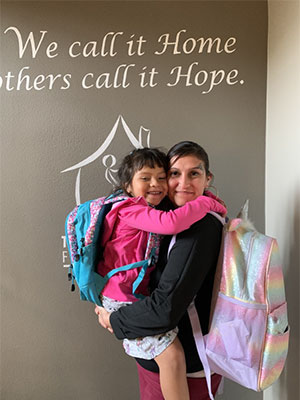 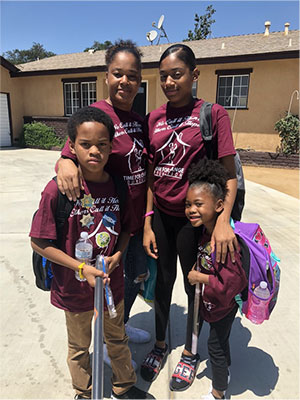 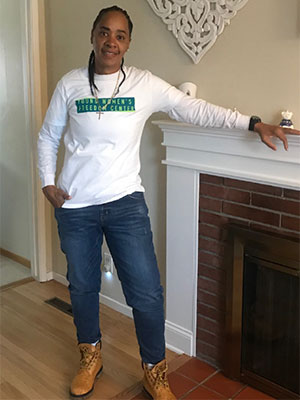 “My name is Ilka Rosales. I was released from prison on June 4, 2019 after serving 25 years for a crime I committed in 1993. My parents worked a lot to provide for my younger siblings and I, so with learning that quiet behavior and not always having my parents to talk to I became a stuffer and developed abandonment issues. That caused me to become an angry child who threw tantrums and did anything to get the attention of family and friends. With having abandonment issues, I learned how to manipulate to be seen and get the attention of my parents.

I was not heard so I felt unsafe and I started fighting back and ended up fighting and getting suspended a lot at school. As I got older, I was angry and became insecure thinking that I was not good enough or loved. I became a bully in the years to come. When I was 14, my cousin was molested by a family friend and the individual was never arrested. My attitude was further fueled because I believed police weren’t doing their job. From then on, I carried a gun everywhere I went. Sadly, this didn’t prevent me from being raped one night too.

I was a teen out of control and began a downward spiral. I got involved in gangs, street racing, drinking and getting high. I enjoyed violence; it felt good to be bad and it seemed like everything was great being part of my gang until one of the guys raped my friend’s 12 year-old little sister. After that our gang had a meeting and we decided to take matters into our own hands resulting in the death of that young man.

I served 25 years and it took 20 of those years for me to finally decide that I wanted to change. After my grandmother’s death and my mom getting sick I started to realize the damage I did and how much I just wanted to be with my family. I met Ms. Phyllis from TFCF a few months before I was released when she would visit the prison every month. Because of her, TFCF accepted me into their Positive Futures project and single women’s shelter. I was so relieved with their support, after serving 25 years I was afraid of what society would be like and had anxiety on a new life in the free world, but TFCF was there to guide me every step of the way.

After being incarcerated for so long I did not realize that I was institutionalized. TFCF supported me with no attachments and helped me learn how to be free. They understand what it feels like being incarcerated and know exactly what I needed. Throughout my discomforts, outburst, trials and tribulation, and character defects TFCF continued to support me and guide me in a loving manner. I have been able to receive one-on-one therapy, get 24-hour care when it comes to my needs or questions, and best of all they have provided me with a safe, stable, healthy place to live.

I’m also grateful for the Positive Futures program, without it I would have never gotten the opportunity to come to Time for Change. This program is non-biased or judgmental with their clients and they still remain in your life and check in after you leave. What I love the most is the fact that they are such strong advocates for injustices. They do not sit back and talk, they DO and they continue to do! Without help and support, a successful reentry into society is almost near impossible. The list is endless, but the main support that I have received is and will always be the most valuable: moral, emotional, physical, spiritual, and loving support.”

Eileen, a mother of three came to Time for Change Foundation in September 2019 after being homeless. At age 35, she never expected to be bouncing from home to home just to have a place to sleep. She also never thought she would lose her children due to drug addiction. Her 2 older children lived with their father, and her five-year-old daughter was in foster care. Drug addiction
intensified and toxic behaviors with it. “I lost my job, and I needed to make some money so I started doing what I could to survive.”

In September 2019, Eileen entered Time for Change Foundation and on October 1, 2019, Eileen reunited with her daughter at the San Diego Courthouse! She brought her daughter home to our Sweet Dreams shelter the same day of her hearing. “My daughter could not stop kissing me and was all over me that day, I cried tears of joy, because now we have a place we can call home!”

Since coming to Time for Change Foundation Eileen has learned the meaning of stability. Having a home to come to daily has made all the difference in her life and has helped her maintain her sobriety.

“For the first time I am doing things that I never thought of doing. My little one is happy and stable, going to school and spending quality time with a mother that loves her. I now believe in second chances and this would not be possible without Time for Change Foundation!”

Angie was born into a dysfunctional family. When she was four years old, she started being molested by her mother’s boyfriend. This went on for years until her father was granted custody of her. When Angie was twenty- two, she had her first child. Her life was looking up. She had her own place, a job, a car, and was self-sufficient. Seven years later, she had her second child, and then was introduced to methamphetamines.

She was using drugs until she was six months pregnant with her third child. Then continued back on it right after she was born. That is when her life started spiraling out of control. She lost her apartment, went to jail, and lost visitation with her children altogether.

After being released she was able to regain custody of her children, but had nowhere to go, they moved in with her uncle, who ended up molesting her son. Her only choice was to move in with another family member, who was a drug dealer. Although Angie wanted a better life for her kids, it only got worse. Her addiction and her life had gotten out of control.

Nothing changed until her oldest daughter came to her and begged her to stop. She pleaded that she wanted her mother back! That is when she realized it was time to change. In August 2019 Angie made the call to Time for Change Foundation and was immediately accepted. She and her three kids packed what they had and came to San Bernardino from Fresno.

Angie, now has 9 months clean and sober. Since coming to TFCF she and her children are happy and healthy, getting all of the resources they need to heal from their past. Having stable housing has made all the difference in her children’s’ lives. Her oldest daughter Talaya got all A’s and one B on her recent report card and has been able to focus on being a teenager. Once again, Angie is the mother that her kids remember. She is a leader, a role mode and a positive member of society. She is accomplishing her goals one day at a time and is on the road to self-sufficiency once again!

Carde Taylor was released from prison on March 20, 2019, after doing over 20 years. She went to Crossroads International Program in San Diego for seven months then transitioned to the Bay Area after being offered a position with Young Women’s Freedom Center in Oakland, CA. Moving to a completely different city on the opposite side of the state was a scary thought, but after serving so many years in prison with convictions on your record, not being able to find a good job is worse!

Carde came to Time for Change Foundation’s (TFCF) Brighter Futures home on October 1, 2019, making it possible for her to have a successful transition. Her goals are to enroll in online computer classes in the following semester and to save enough to have a place of her own, further her education, and continue to build stronger family relationships.

Since being with TFCF Carde has been consistent with working towards her goals. Currently, she is a certified AOD Counselor, and is counseling youth in her chosen field. Carde’s knowledge, and skills in counseling has also helped her be supportive to the other women at Brighter Futures and in the community.

Carde has expressed that Brighter Futures has made it possible for her to have a job, if it were not for Time for Change she would not have a home!

For this fiscal year, TFCF is proud to report that we have provided 59 women and 48 children with a total of 5,230 shelter nights and 118,584.00 hours of services; 15 women and 16 children transitioned into permanent housing. TFCF has provided utility/rental assistance to 47 low-income families in the community to prevent homelessness and maintain permanent housing.

We provided 6,344 hours of transports to various community services, doctors’ appointments, and civic engagement functions. For self-improvement and higher education, our clients attended 597 hours of education and/or college instructions.

As part of rehabilitation, our clients attended 98 hours of drug and alcohol counseling sessions 5,986 hours of Twelve-Step Meetings, and 711 hours of Leadership Development training workshops. To ensure that we support families committing to changing their way of life and a drug free lifestyle, we conducted 294 random drug tests throughout this period. TFCF issued 41 certificates of completion to our clients for the various educational classes they completed.

Time for Change Foundation can only exist because of the support from people just like you. With your involvement, we can continue to empower disenfranchised low income individuals and families through evidence-based programs and housing locations creating self-sufficiency and thriving communities. It’s not the time for giving up, but the time for positive change! See how you can get involved today.