From CNN–Despite early efforts to keep inmates and staff safe, Covid-19 still spread rampant through one of the largest prison systems in the United States.

More than 12,400 inmates in California have tested positive for Covid-19 and 60 have died, according to the California Department of Corrections and Rehabilitation. There have also been more than 3,400 confirmed cases among employees.
“When Covid hit San Quentin, over two-thirds of the prison population got (it),” said Collette Carroll, a 2015 CNN Hero and founder of the California Reentry Institute. “And they’re the ones that got tested.”
For advocates like Carroll who work with inmates to reduce the cycle of incarceration, the spread of the virus on the inside is concerning — as is the lack of resources on the outside to support the influx of early releases, Carroll says.
Carroll has taught an in-person life skills program at San Quentin State Prison for 20 years. In early March, she shifted to a virtual model to keep her students safe. As Covid-19 spread and more inmates were released — part of California’s effort to reduce population and maximize space — the calls for help escalated. Former inmates struggled to find support, housing and, in many cases, medical care. 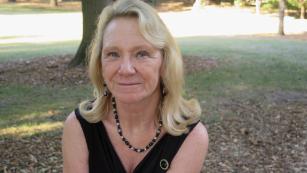 Collette Carroll’s California Reentry Institute helps San Quentin inmates successfully transfer to society.
Thousands of California inmates have been released early during the pandemic, and Carroll says many transitional homes, like the one she runs, are at capacity.
“The reality that we see on our side, and why my phone never stops ringing, is people are being released, and all of a sudden, one minute you’re in prison and the next minute you’re out,” Carroll said. “What happens if you have nowhere to go? What services are they going to have to support their reentry?”
Carroll says her group provides assistance “almost 24/7,” offering referrals, food, medical supplies and support services to prevent recidivism. She wants those returning home to know there is hope and help as they get their lives back on track.
“We have to change our attitude. Do we make them successful at coming home, as a society? Do we help them? Or do we hinder it?” she said.

Released, with nowhere to go

Like Carroll, 2015 CNN Hero Kim Carter says her phone lit up when Covid-19 hit. Carter and her non-profit, Time for Change Foundation, support formerly incarcerated and homeless women and their children.
Her group was already at capacity at three emergency shelters, 10 permanent supportive housing units and an affordable housing apartment building. But then, Carter — who struggled in and out of prison for years and knows firsthand how vital support services are — started hearing from more women who were released unexpectedly, with nowhere to go.
“1:00, 2:00 in the morning and we start getting calls … so-and-so’s out, she’s down at the Greyhound bus station,” Carter said. 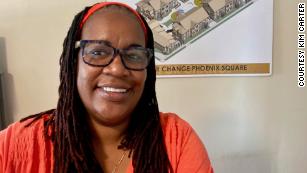 Kim Carter’s Time for Change Foundation helps formerly incarcerated and homeless women and their children.
To protect volunteers and those coming home, Carter and her team lined transportation vans with plastic, paid for protective gear out-of-pocket and worked round the clock to try to secure additional housing so women coming home had a safe place to start fresh.
But with high real estate prices and soaring rents, and now with fires threatening areas she serves, housing continues to be a challenge. And many of Carter’s residents are single mothers, a factor that adds to their needs.
“We got women who had reunited with their children in our housing programs and they have to become that home-schooler,” Carter said. “There’s not a lot of computer literacy happening when you’re inside these jails and these prisons. So now, in the pandemic, how do I keep my kids safe? How do I turn a computer on?”
To address this and support mothers in transition and their children, Carter’s team provides computer literacy, computers, laptops, Wi-Fi and tech support. They also offer various therapy models for families.
“We implemented the virtual play therapy, virtual case management, virtual regular therapy,” Carter said. “And we have counseling and staff that does activities with the kids in the backyard.”
Since she started the work in 2002, Carter and her team have helped more than 1,700 women and children. During the pandemic, they have assisted 37 more women from prison and more than 100 homeless women and children.

A safe home and ‘a new way of life’

Susan Burton, a 2010 CNN Hero and the founder of A New Way of Life Reentry Project, also offers holistic wraparound services for women exiting prisons and jails. She says services like therapy, job training and housing are more crucial than ever.
Burton found support and sobriety in 1997 after returning home from her sixth term in prison. Now, she works in Los Angeles County and has helped more than 1,000 women with services like housing, case management, pro bono legal assistance, advocacy and leadership development so they can rebuild their lives after prison. She has also helped an estimated 350 women reunite with their children. 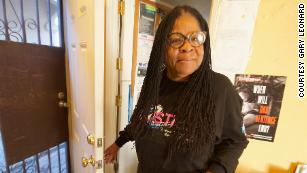 Susan Burton’s A New Way of Life Reentry Project just opened its 10th home for formerly incarcerated women.
Burton noticed women and children struggling when Covid-19 hit and set up a Covid-19 Relief Fund.
“We gave gift cards to almost 600 people to help them get the things that they needed, and we put out over $60,000 in relief to the community in L.A. County,” she said.
Burton is also concerned about the numbers of at-risk women who are incarcerated and is working with officials to secure safe places for them to call home when they leave prison — identifying those who are elderly, pregnant or suffer from medical conditions.
In August, her organization opened its 10th house in L.A. for formerly incarcerated women. This safe house will become a home for as many as 14 women and their children. It is the second home A New Way of Life has opened during the pandemic.
“If needed, we’ll get another one, and another one, and another one,” Burton said. “We’re not just talking about people coming home, we’re talking about people escaping a deadly virus.”

PARTNER WITH US FINANCIALLY

Our mission is to empower disenfranchised low-income individuals and families by building leadership through evidence-based programs and housing to create self -sufficiency and thriving communities.

We’ve helped over 1,700 women & children transition from homelessness to self-sufficiency!

And it’s all made possible by people just like you.

Partner with us today to help provide homeless children with a safe, warm place to call home. 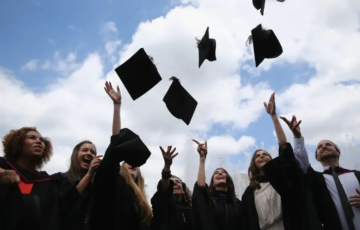 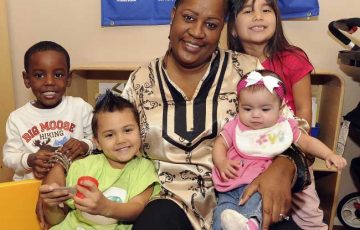