Time for Change Foundation understands that in order to have a healthy economy and thriving community, there needs to be access to safe, decent, affordable housing coupled with employment opportunities. 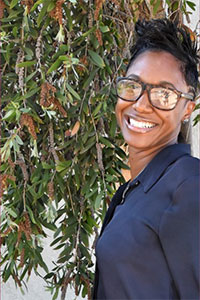 After being released from prison, Keisha Murphy decided that education was the only way to overcome the barriers facing her because of her conviction.

Keisha decided she wanted to be a nurse and work to give back to the community. While she had lost precious time not being focused, she knew that she wanted to work in the medical field, helping others.

Keisha pursued her education with vigor despite being denied enrollment at community colleges because of her record. To avoid the potential pitfalls so many face by being denied a second chance, Keisha devoted her time, energy, and finances to private nursing school and became a Licensed Vocational Nurse (LVN). She worked as an LVN for six years and in 2016 she decided she wanted to further her education in hopes of becoming a Registered Nurse (RN). Once more, Keisha was denied admission to community colleges but did not allow that to hinder her progress. She enrolled in a private university and since then she has continued her employment as an LVN while also completing the coursework for the RN program. Things were progressing perfectly until the day Keisha got some devastating news in early 2019.

The dean of West Coast University informed her that she would no longer be able to continue enrollment in her clinical classes. Not only would this stagnate her progress but without those clinical classes, Keisha would not be able to graduate. Having $119,000 in debt with only 2 classes left, she was devastated. Although she had earned her Certificate of Rehabilitation and knew the Ban the Box law had passed, West Coast decided that she should have done more disclosure and that although they had run several background checks throughout her enrollment it wasn’t enough. Right away, Keisha reached out to Time for Change Foundation’s Founder, Kim Carter, and Director, Vanessa Perez, because of this devastating news. Keisha knew that she would receive the help she needed because she participated in the Positive Futures program which aims to support Formerly Incarcerated Women of Color. As a result, Ms. Carter, enlisted the help of Root & Rebound (R&R). R&R went to work right away contacting the school on Keisha’s behalf and advocating for her. Without fail, Keisha was re-admitted and cleared to enroll in her clinical classes! 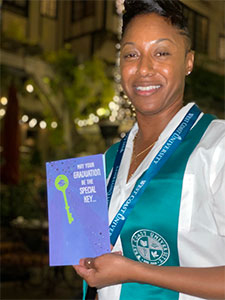 Thanks to the support of Time for Change Foundation (TFCF), Keisha is able to continue pursuing her dreams of becoming an RN. Keisha also gained invaluable knowledge through her participation in TFCF’s Positive Futures I (PF I) program funded by the California Wellness Foundation. The program is designed specifically for formerly incarcerated women of color to help overcome barriers associated with having a past criminal record. Through PF I, Keisha completed TFCF’s 10-week Employment Development course, a 6-week Entrepreneurship course, and Financial Literacy classes presented by Wells Fargo.

Advocating for Change is another key leadership development program at TFCF and empowering women to use their voices. Alongside Keisha, many of our women face insurmountable barriers trying to reestablish their lives. Prop 47 that was passed by the voters ensures that resources are allocated to assist with reentry. Our leaders have been advocating to ensure that women and girls receive adequate consideration.

“Just to think, I was in a prison, and now, I’ll be a nurse working in the hospitals, saving lives. My determination today rests on knowing that my voice counts and I do matter. My time behind bars motivated me, but it will not define me.”

Keisha Murphy, who championed this Time for Change Foundation win based on her own experiences of discrimination.
As you may recall, Keisha faced many obstacles in pursuing her goals to becoming a registered nurse. The horrific set of events that took place after incurring $109,000.00 in student debt with 2 classes to finish, still sends chills down her spine. Needless to say, her tenacity and advocating leaders that are being developed at Time for Change Foundation. In August of 2019, TFCF launched it’s legal advocacy project called the R.E.A.L standing for Rights Equality And Law so it was very beneficial in addressing the 2 generational impact state sanctioned violence of separation.

Over the past year, Root & Rebound founded and co-led a Higher Education Coalition that advanced a “Ban the Box” in Higher Education bill in California authored by State Senator Nancy Skinner. The Higher Ed Coalition’s goal is to increase pathways to college success for the more than 8 million Californians with a conviction record. On Monday, a Budget Bill (SB-118) that bars colleges and universities from asking applicants about their conviction history passed both state houses and is headed to the Governor’s desk!

The Ban the Box in Higher Ed bill requires colleges and universities— public and private— to update their applications for admission by the Fall 2021 admissions cycle! (There’s an exception for law enforcement programs and applications for professional degrees).
This is a huge step forward in expanding access to higher education, and we’re honored to have worked with such a committed and resilient Coalition to make this a reality.

How We Are Impacting Community 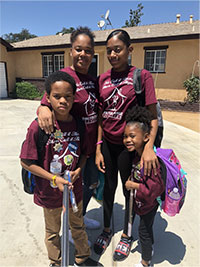 Angie was born into a dysfunctional family. When she was four years old, she started being molested by her mother’s boyfriend. This went on for years until her father was granted custody of her. When Angie was twenty- two, she had her first child. Her life was looking up. She had her own place, a job, a car, and was self-sufficient. Seven years later, she had her second child, and then was introduced to methamphetamines.

She was using drugs until she was six months pregnant with her third child. Then continued back on it right after she was born. That is when her life started spiraling out of control. She lost her apartment, went to jail, and lost visitation with her children altogether.

After being released she was able to regain custody of her children, but had nowhere to go, they moved in with her uncle, who ended up molesting her son. Her only choice was to move in with another family member, who was a drug dealer.
Although Angie wanted a better life for her kids, it only got worse. Her addiction and her life had gotten out of control.

Nothing changed until her oldest daughter came to her and begged her to stop. She pleaded that she wanted her mother back! That is when she realized it was time to change. In August 2019 Angie made the call to Time for Change Foundation and was immediately accepted. She and her three kids packed what they had and came to San Bernardino from Fresno.

Angie, now has 9 months clean and sober. Since coming to TFCF she and her children are happy and healthy, getting all of the resources they need to heal from their past. Having stable housing has made all the difference in her children’s’ lives. Her oldest daughter Talaya got all A’s and one B on her recent report card and has been able to focus on being a teenager. Once again, Angie is the mother that her kids remember. She is a leader, a role mode and a positive member of society. She is accomplishing her goals one day at a time and is on the road to self-sufficiency once again!

How We Are Impacting Families

This foundation has helped me and my family through tough times. Because of COVID-19, I lost the job that I recently started back in April. I couldn’t collect unemployment since I had already exhausted it and I had no job offers at the time. With the help from Time for a Change Foundation, I was able to make May’s rent leaving me and my family feeling so grateful knowing that we have a place to still call home! Not only with COVID-19 but 2 years ago when I was taken out of work, this foundation helped cover a month of rent when I had no income coming in. My family and I will always be eternally grateful for everything you guys have done for us.

The City of San Bernardino has always been my home. So waking up one day not able to go outside to go to work, take a casual stroll outside, enjoy our parks, or shopping malls was a bit overwhelming. The reality sunk in when I realized what was really going on. We are really in a worldwide pandemic! So the restrictions were not just about the places we could and couldn’t go but also about the things we would not be able to provide. I was in a situation where suddenly I had to choose if I would pay a bill or buy groceries. I have not been to work since the schools closed and there is no one to care for my child. Fast-forward to 3 weeks after the lockdown started and I now have past-due bills and a 3-day notice. With all the other programs turning me away and not having funding I became very stressed not knowing what the future held for me and my daughter. It was like a domino effect, one crisis causing other ailments and issues to arise. That’s when I decided to call Time for Change Foundation and see if there was any help or resources they could provide. The call was handled with so much compassion and with complete care and understanding. I immediately felt the nerves in me calm down. I was provided help with my rent and bills. I was reassured that we are in this together and not left to figure it out alone. I want to thank Time for Change Foundation for being there for me and my family when it mattered most and providing our community with the support that we truly need in a time when the world is in chaos. Their motto rings true, “We call it Home, others call it Hope.” 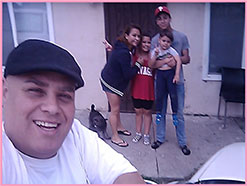 My Family and I have been Going through some hardships during this Covid-19 Pandemic. Due to the stay at home safety orders from our state and government leaders, I myself can’t provide much or make money to pay rent or bills for my family. I would like to thank Time for Change Foundation for being there for my family during these hard times! This Foundation has helped us out so much by helping to pay our rent when we couldn’t. We are so thankful for their blessings. We can still live under our roof and continue being safe during this epidemic because of their support. Thank you for being there for our community and especially for our family Time for Change!